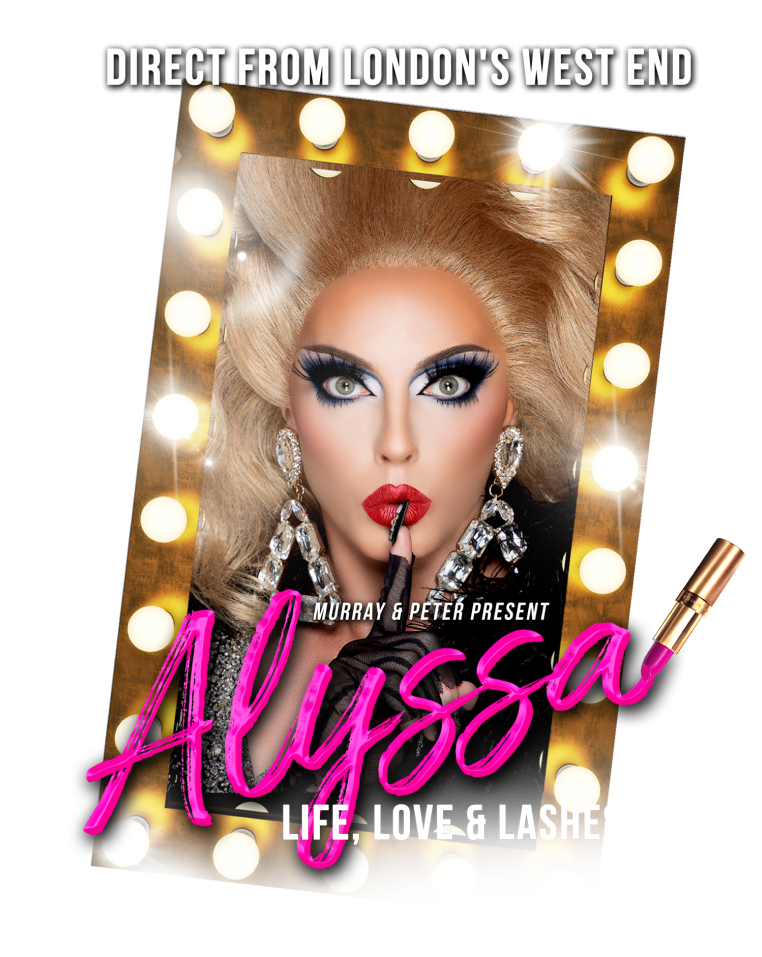 From Mesquite Texas to the global stage, Alyssa Edwards is unstoppable. Her life is a spectacle from Season 5 of the Emmy-Award winning television show RuPaul's Drag Race (2013), to her web series "Alyssa's Secret", her own Netflix series "Dancing Queen" (2018) and America's Got Talent (2021). Now the smash hit show direct from London's West End comes to America. "Life Love & Lashes - Memoirs of a Queen" is a must see tell-all story about her life, drag and finding love. Audiences are raving!