Michael and Zach Zakar, known as The Zakar Twins are Arab-American best selling authors, models, activists and gay biological twins from Detroit, Michigan. The 25-year-old boys have appeared on Comedy Central’s Tosh.O and in top gay publications across North America, including OUT and Instinct. They are now conquering the stage in the off-Broadway adaptation of their Amazon Best Selling book “Pray the Gay Away”. Murray & Peter proudly present the world tour of this courageous and hilarious new play coming to your city in 2020. Follow the Zakar Twins on social media @zakartwins & www.ZakarTwins.com

Pray the Gay Away

“Pray the Gay Away,” tells the story of Michael and Zach coming out to their mother who is a potty-mouthed, gay-hating, devout Catholic. The play takes a comedic look at the brothers’ journey from awkward and closeted teenagers to sexually active men who are out and proud. (And just because they are gay twins, please don’t ask if they have ever……….!)

As the story develops, Mom goes on her own journey from an ultra-conservative Catholic to a woman making her own rules. A collection of outrageous characters help the Twins navigate the twisted paths of their first hook-up, creating a Grindr profile, discovering they accidentally slept with the same man, dating, jail, and of course the Bible! 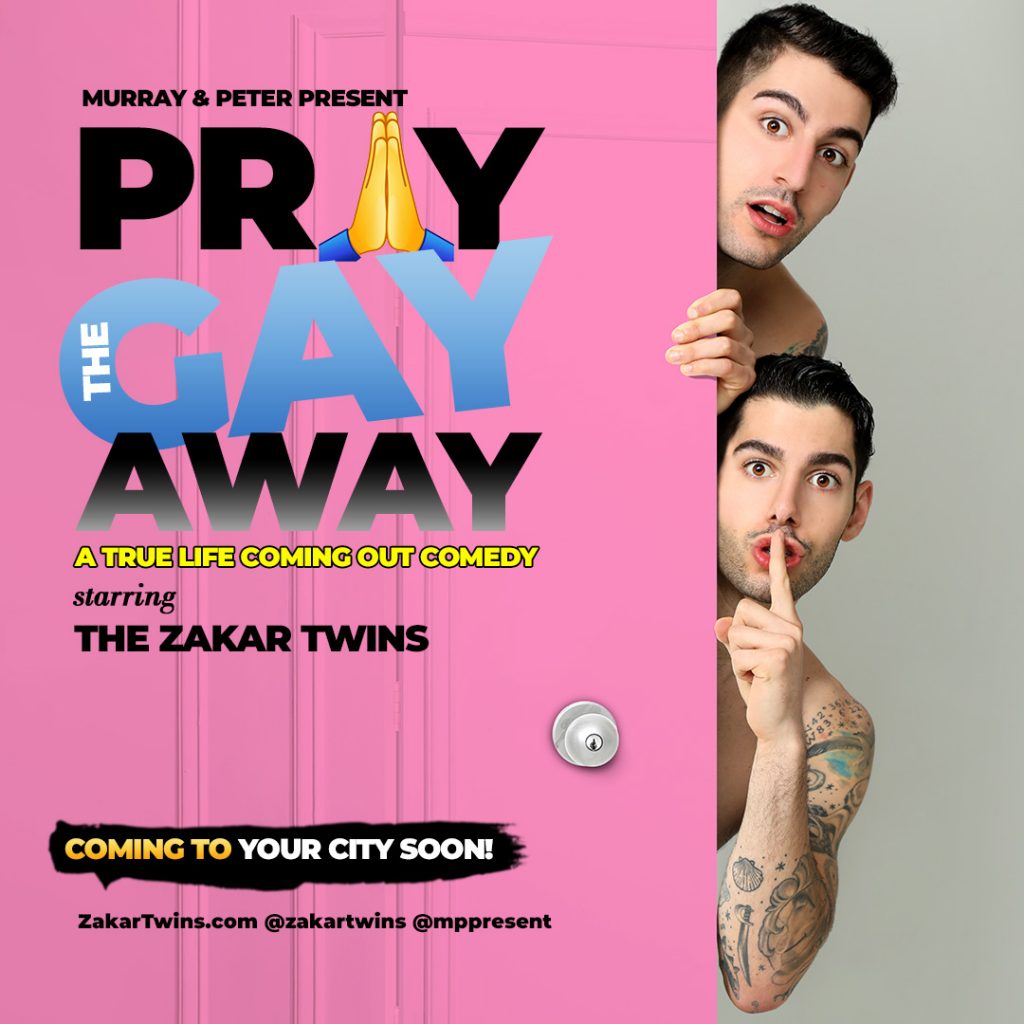